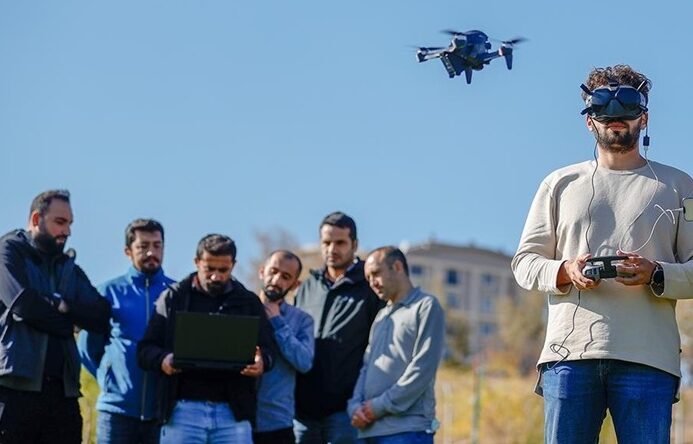 The Ancient City of Aphrodisias in Turkiye, Aydın’s Karacasu district was viewed by the Anadolu Agency (AA) team with an FPV drone.

The ancient city, which is the most famous of the cities dedicated to Aphrodite, who is known as the ‘goddess of love and beauty’ in mythology, is considered to be one of the sculpture centers of its period.

The city hosts a large number of history buffs and art lovers every year with its huge statues and reliefs unearthed during excavations and structures still standing.

Especially the giant city pool reflecting the splendor of the Roman period, the Tetrapylon Gate, the Sebasteion Temple, the giant stadium with a capacity of 30 thousand and the ancient theater attract the attention of visitors.

In 1961, Prof. Dr. The modern excavations initiated under the leadership of Kenan Erim were carried out by Prof. Roland R.R. Smith still continues.