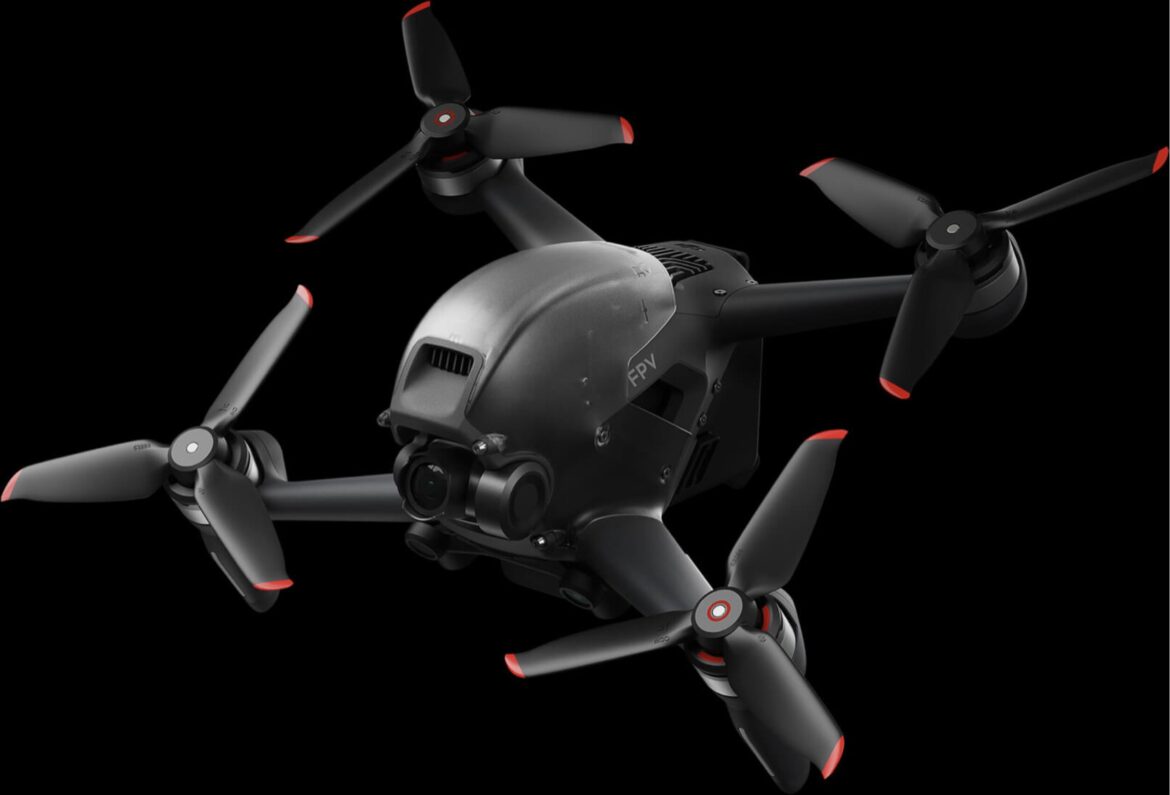 DJI’s new drone, the DJI FPV drone, was finally introduced with the slogan ‘redefine flying’. We previewed the DJI FPV Drone. What features are there?

Do you have GPS? How many kilometers does it speed? Is it easy to fly? Does it shoot 4K? What’s in the box?

As you can see, the drone weighs only 795 grams. So we can say that the Mavic 2 series weighs a drone.

I can already say that it has entered the FPV sector with a hover time of about 20 minutes, and with this figure, it will throw many FPV drones out of the sector.

We see that there is no change with the Operating Frequency of 2.4-5.8 Ghz. I see that there are FCC, CE and SRRC modes, however there will be different range lengths.

If we look at the camera features, we see that the sensor is in the size of the Mavic Air, Spark or Mavic 2 zoom. I can say that the photo quality with the 12 M is very good.

In the video, it looks like it will shake the stones in the FPV drone industry once again with 4K and 60 fps.

20 minutes with a 2000 mA battery of the drone. I can say that the hovering capacity will really satisfy the FPV drone pilot. 6S Lipo battery was used as the battery and we can see that it works with 22.2 V.

Compared to other drones produced by DJI, we see that 3-blade propellers are used in this model, as in other FPV drones. In this way, we can do more agile movements, we can do more speed.

Compared to other Dji drones, we definitely need to use dji’s googles glasses when using an FPV drone. And they need to be paired (link) to each other.

Since drones came into our lives, we have come across in many forms. At first we made it ourselves, we said multicopter, we flew it without a camera. Then we installed a camera and enjoyed taking video and photos from the air. Of course, while doing these, a drone was created by supplying and combining dozens of parts ourselves.

DJI got in on the Phantom, everything came out of the box except the first fabricated drone camera. Simple to fly vs. An era has begun. DJI was changing the way we look at the drone with each new product. Drones that can be flown more easily or even fly themselves. A drone with sensors in front of it, preventing us from colliding. When we say the drone that can shoot 250 gr 4K video, and here is the DJI FPV Drone;

As you watch the videos taken with FPV Drones, you feel like me too, don’t you? But you should know that flying these drones is not as easy as flying a mavic mini or a mavic 2.

First of all, users order components such as motor, esc, body, controller, camera, controller, receiver, battery to make these drones. After combining these parts that need to be in harmony, adding a flight controller and programming it, all that remains is to fly it without an autopilot.

Here is the DJI FPV combo drone, the world’s first ready to fly fpv drone. Everything you need comes out of the box, from the glasses to the camera, from the battery to the charger. All you have to do is charge the batteries and fly.

DJI Fpv Drone is a drone that has both an autopilot system that will allow you to fly as easily as a mavic, and a manual mode where you can do somersaults and acrobatic movements like classic fpv drones.

While normal mode provides a safe flight thanks to GPS and sensors, sport mode is a drone where you can fly faster and shoot tracking scenes with GPS and autopilot enabled. If you say I trust my piloting, I want to do somersaults, I want to fly aggressively, I want to push the limits, then manual mode is for you. You will be able to make flights by doing somersaults and dodging obstacles. If you are new to FPV, we do not recommend this mode at all. You can try these movements and gain experience using DJI fpv drone simulation.

You can get an extra accessory called DJI Motion Controller, which allows you to intuitively direct the drone with hand movements. Experienced users say that even those who have fpv experience for the first time can control the drone very easily thanks to this controller.

This is the key that will save your drone. When you touch this button, marked (H-II) on the left side of your controller, when you lose control during flight, the drone suddenly brakes and stabilizes itself. This feature shows us the difference of DJI FPV Drone from classic fpv drones, at the same time, when we hold down the same button, it receives the RTH command, that is, return home, and the drone returns to the point where it took off. Of course, for these features to work, the DJI FPV Drone must be connected to enough satellites or there must be enough ambient light for the vision sensors to work.

Is DJI FPV Drone Buy?
As a result, when we examine the DJI FPV Drone; We can say that it is a must-buy product for drone users who are new to FPV drones and whose aim is to take beautiful aerial images.